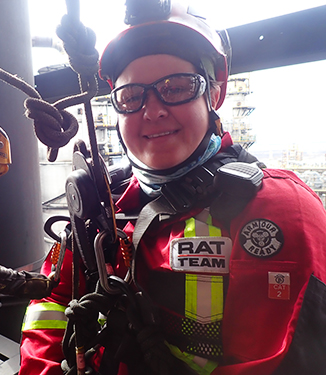 Prockiw, a RAIS Planner/Coordinator for Tacten, an Acuren company, was nominated for this prestigious award based on her outstanding contributions to Albertans. She is a steadfast advocate for women and underrepresented genders in trades, particularly in non-traditional and Science, Technology, Engineering, and Math (STEM) fields, including rope access.

“I am constantly trying to give a voice to those who are not ready to speak up or who just don’t know they need to yet,” said Prockiw of her advocacy work. Prockiw has also broken barriers at Acuren, as Tacten’s first female Planner/Coordinator and as part of the world’s only mother/daughter pair of IRATA rope access techs. Prockiw’s daughter, Meghan Cornwell, is an NDT Tech/IRATA Level 2 with Acuren.

For over a decade, Prockiw has worked with Women Building Futures (WBF), an Alberta non-profit that helps women gain financial security through careers at values-aligned job sites. She credits this organization with helping her build her career as a welder, beginning with their “Journeywomen Start” program.

“My work has given me many opportunities to get in front of industry partners and influence conversations on drawing in, and retaining, employees – not only women but also men and those who identify anywhere on the gender scale,” said Prockiw. 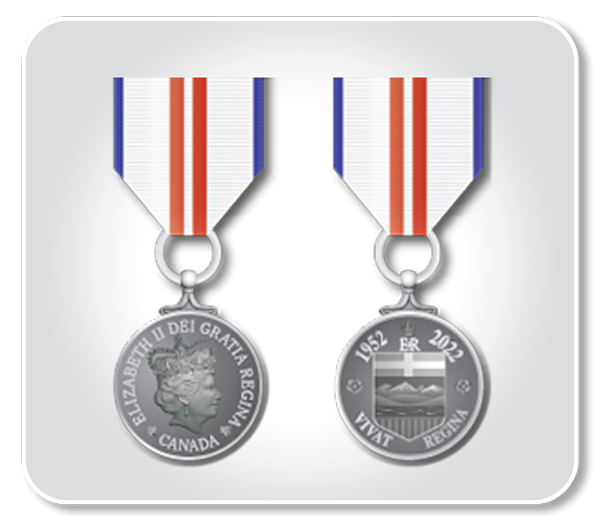 In nominating Keeley for the Queen’s Platinum Jubilee Medal, WBF wrote, “Keeley is a tremendous example of WBF’s ripple effect and works tirelessly to drive change across industry and build confidence in women.”

“Acuren believes it’s essential that today’s businesses create safe and inclusive workplaces where workers feel comfortable and welcomed. Advocates like Keeley are helping to shape the future not only for us but also for others, and we are both proud and grateful to have her leadership on our team,” said Fran Pimentel, Acuren’s Executive Vice President, Canadian Operations.

The commemorative medal will be awarded January 10th. The Government of Alberta awarded similar medals in the past for the Queen’s Silver, Gold, and Diamond Jubilees.

During a planned outage ultrasonic testing and visual inspection revealed that a significant portion of the pump box floor either needed to be repaired, or cut out and replaced.

Related Industries
Aerospace
Acuren has a specialized team with aerospace industry experience that use both traditional and advanced nondestructive testing methods to identify defects in critical structural, airframe, and engine and accessory components.
Mining
Acuren’s engineering, inspection and industrial services teams consist of engineers, technologists and tradespeople with a diverse educational background, working in the mining industry for over 40 years.
Rail
We are familiar with the unique codes and regulations of the rail industry, including DOT in the US and Transport Canada, and we're constantly innovating to create enhanced testing procedures that ensure optimum quality and safety.
1-800-218-7450 Skip to content